“Acting as if” has helped many people get though very challenging times. Sometimes we also call it “fake it ‘til you make it.” Acting as if or faking it is not the same as lying; it is a way of envisioning who you want to be and acting accordingly until reality catches up. One of my biggest acting as if moments came when I was 27 years old.

My final class for graduation was a four-month applied management course. If I failed this class, I would not graduate. We had one meeting with our professor. After that, we were on our own and would meet weekly with our assigned group. It was a simulated class, and we were tasked with operating an airline. The other groups were our competing airlines. Our decisions, policies, and strategies were compiled into a computer each week, then were rated against the other groups in terms of profits, employee turnover, customer satisfaction, and, ultimately, who won the profitable hubs.

At the end of the four months, we were to write a thesis, along with taking a final exam that involved two senior executives from Air New Zealand, my professor, and the dean of the school. This was a one-hour, solo presentation that included 30 minutes of questions from the panel. The final loomed in my mind, especially when previous students shared how hard it was and that there was a 50 percent failure rate. “But don’t worry,” they said, “you can retake the exam.” Uh, no thanks.

To say I was intimidated is an understatement, but then I got angry and made a decision: I was passing no matter what. I decided to follow the “fake it ‘til you make it” strategy, which is the term I was familiar with at the time. I rehearsed a successful outcome in my mind. Over and over, I would view myself confidently answering the questions. I was a senior operations manager, and I knew my company inside out. On the day of the final, I dressed the part—a gorgeous red suit with my hair swept in an updo. I was bold and confident. And I was thrilled to receive the only A+ of my life.

In her book The Language of Letting Go, Melody Beattie explains “acting as if” really well. Here are a few of her quotes on the subject:

You can use this tool as I did to boost your confidence, land a sale, or strengthen your relationships; there are no limits to how you can apply it. Is there an area in your life that you can implement the act as if tool? Would you be surprised to know Bono, the rock star from U2, used to be a very shy and private person? He had to create a persona to overcome his reserve and build the public image he needed. So before a concert, he slicks back his hair, slips on his leather jacket, adds his sunglasses, and when he struts out on stage, he is a rock god!

You no longer need to suffer by putting up with just good enough, being stifled by fear or waiting for someone to rescue you.It’s time for you to feel incredible in your own body and life, as you reclaim your inherent power and divine beauty. 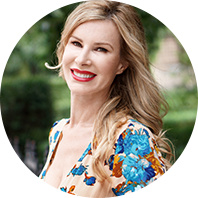